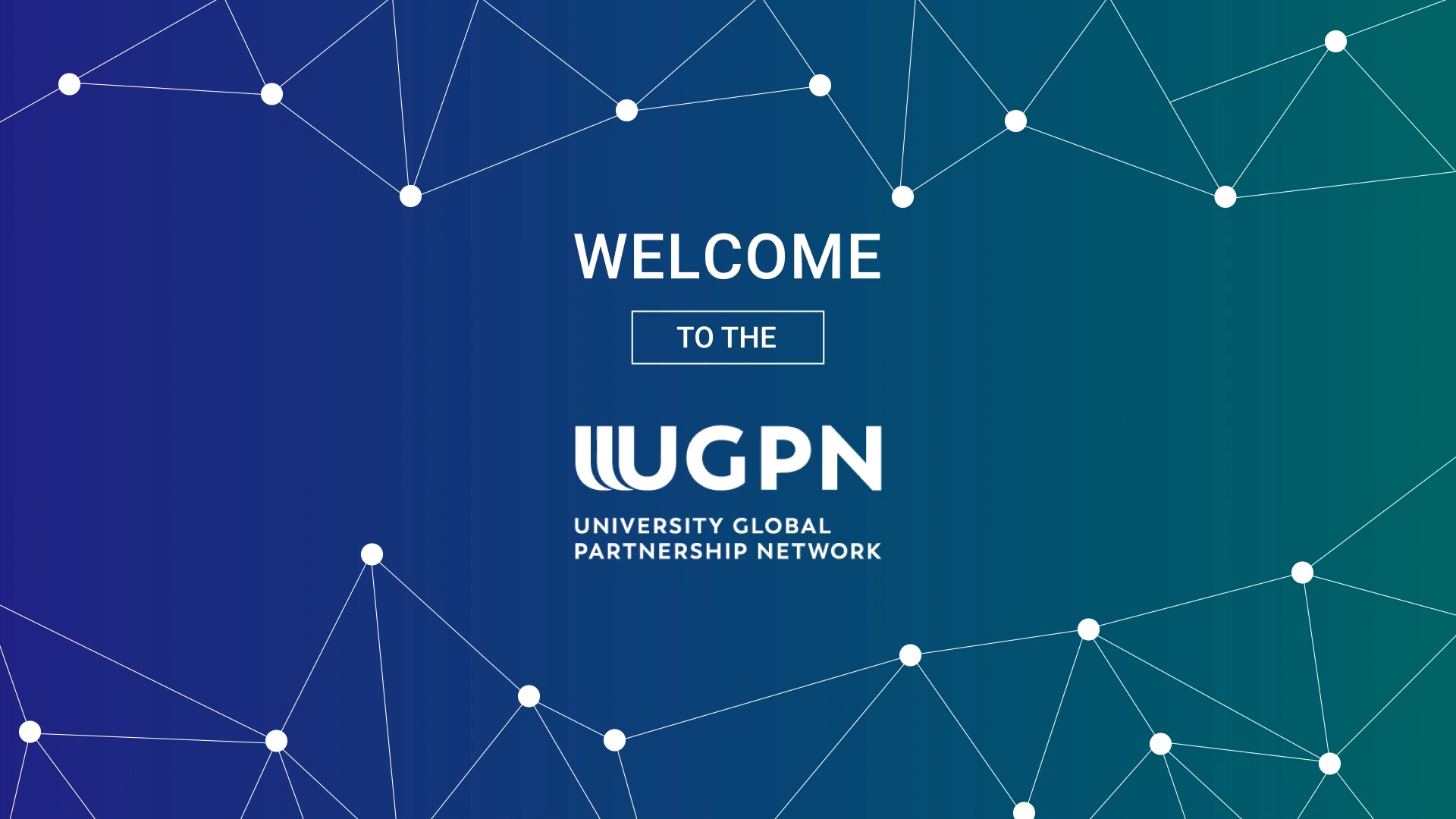 The 2022 University Global Partnership Network (UGPN) Annual Conference brings together delegates from UGPN member institutions to promote and facilitate innovative collaborations in research and education. The event provides an opportunity to hear from senior academic and professional service staff on salient topics in Higher Education as well as key research areas for the network.

This year we invite participants and speakers to reflect on how UGPN partnerships can make a difference to sustainability in research and education. The programme will include a mix of plenary and breakout sessions and workshops to explore the following areas:

Global energy transformation is being shaped by multiple technologies and demands.

Technical challenges associated with adoption of distributed energy production and storage, and alternative fuels required research and development application. An immediate challenge is the need to optimally integrate a number of alternative energy sources such as solar, wind and hydrogen and develop an energy market structure which is cleaner, fairer, and more reliable.

Adopting a multidisciplinary approach offers the greatest chance of successfully understanding the complex interactions between social, economic and technical issues to create a road map from the current state to a clean energy future which supports employment and delivers positive community outcomes.

The issue of urban resilience is a very present reality in medium and large cities around the world today. Considering the high probability of emergencies of extreme weather events or lack of inputs such as food or fuel, cities need to prepare themselves to face these issues; understanding the interaction with the user as an important point. Intense rains, flooding, lack of rain, prolonged droughts, lack of electricity, collapse of viaducts, windstorms, hurricanes, fuel strikes, interruption of supply, mobility, spatial conformation of cities, urban noise are some of the situations that interfere in the dynamics of urban regions of the world. These emergencies not only affect developing countries, but also developed ones. In this context, urban resilience studies, plans and actions are presented as alternatives and mitigation strategies for future impacts and need to be increasingly studied.

On the other hand, issues related to urban resilience also show vulnerabilities The aim of this plenary session is to highlight their main potentials and challenges, as well as their main singularities. It is also intended to give a central attention to the way in which the social dimension of this model of city is conceived, as well as to the issues of vulnerability and exclusion. Finally, it will examine how these issues are addressed from the universities participating in this study, as strategic institutions of the cities.

A staggering 3.6 billion people across the globe lack safely managed sanitation services (i.e., their fecal waste is discharged into the environment without proper treatment).  Among the 1.7 billion people lacking even basic services, 580 million shared improved sanitation facilities with other households, counted as “limited” services and 616 million used “unimproved” facilities. Disparities are clear, with rural areas having two thirds of people who lacked even basic sanitation services; nearly half of them lived in sub-Saharan Africa.

The lack of success in meeting WaSH needs in low- and medium-income countries highlights the complexity of the water and sanitation challenges. The interconnected impacts of culture, economics, policy, and human behavior on water and sanitation issues make the problems complicated. In the plenary talk, key factors in addressing WaSH challenges will be discussed. In the UGPN workshops, researchers from partner universities will identify information and research gaps and explore potential collaborative research agendas and projects.

Poor health is not just about our own genes and lifestyle. It also involves how individual, communities, personal values, medical technology and healthcare policies interact with each other to ensure the best provision of care. In this session, we will seek to explore the ongoing research in a range of key areas and understand how scientists are trying to make a difference through advancement of treatment, changes in healthcare policies, development of better and faster access to disease diagnosis as well as discuss how underpinning scientific research helps us understand diseases affecting humans and animals. The sessions within this theme are meant to showcase areas for potential new research collaboration across the UGPN.

Pre-register here to gain access to the live sessions